Saying No For Our Wellbeing

Saying no can be of great use to your self-esteem. We put what we need at the forefront of our minds and respect our time, wants, needs, and ensure that we are taking good care of ourselves at the same time.

So why is saying no so hard?

Many of us struggle with the dreaded “no” word. People often feel that if they say no to something or someone that they won’t be liked or that they’re coming across as rude or obstructive.

Take a moment to think about what makes you reluctant to say no at times.

The flipside to this is that if you never say no, you’re always saying yes and this can be just as difficult to process in our minds. Saying yes can often lead to thoughts surrounding whether we’ll be able to perform the task to expectation, whether we can be timely in delivering, or worried that we may let the other person down – leading to negative thoughts of self-loathing and criticism. This, however, is often still more acceptable to many than saying no. 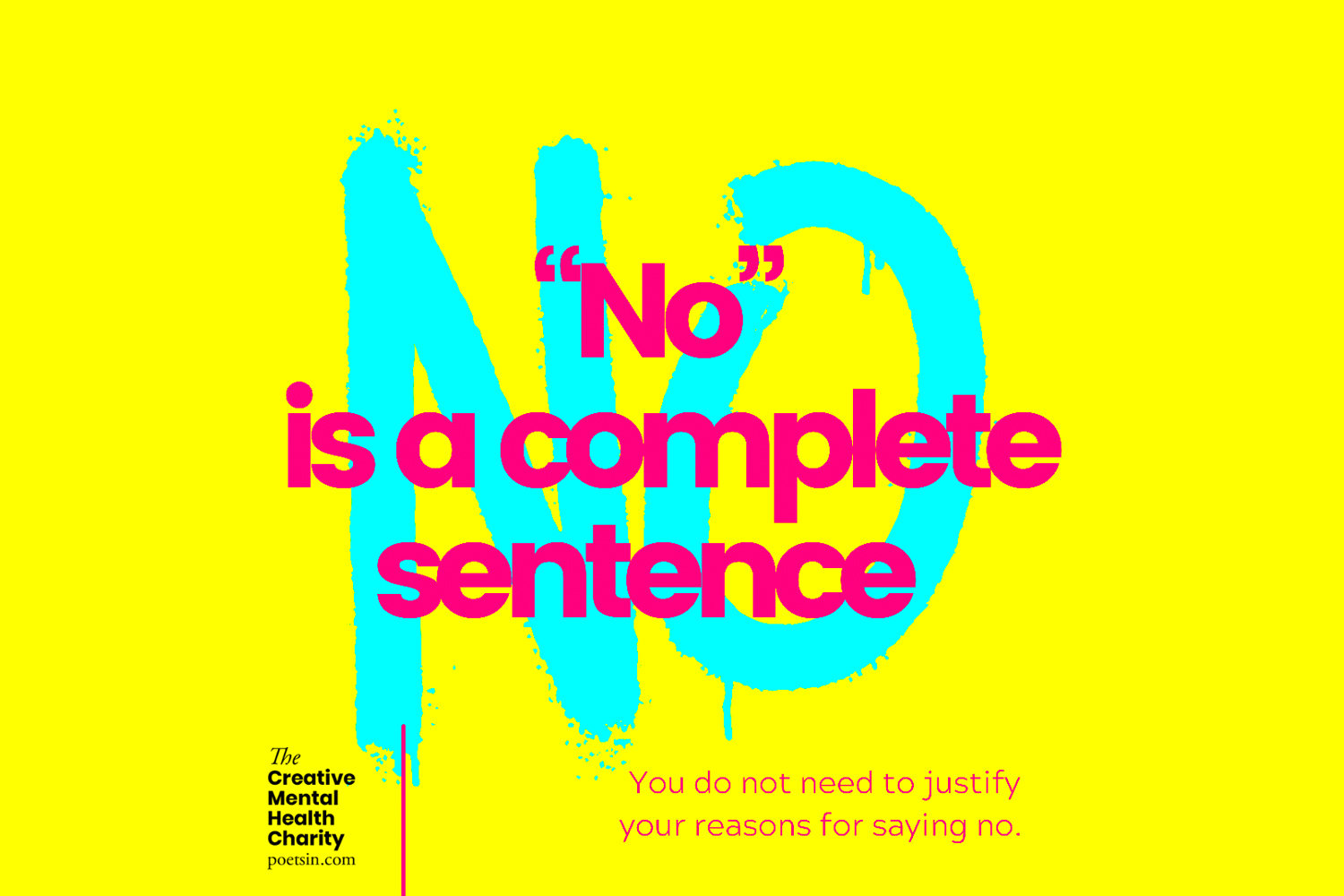 Statistics suggest that the average two-year-old says no around 200 times a day. That’s a lot, right? It should come as no surprise then that we are taught at that age to stop saying no. This may be through parental suggestion or reprimand which as a two-year-old is a threatening idea. Knowing, at such a young age, that if “no” is said mum or dad won’t be pleased, is learned behaviour, something that can still affect us as adults.

Growing up, many people are brought up with the idea that we need to please people as much as possible. Given that no has negative connotations, it’s clear why no becomes hard to say.

Learning to say no.

Simply put, to learn to say no, we have to say no. Each time we don’t get the negative response from saying no we believe we will get, we will find the next “no” easier.

We’d recommend briefly explaining your reasons for saying no. It’s thought that if someone says no to you but there’s a good reason, they are accepting of that no. It is also pertinent to note that “No” is a complete sentence in and of itself.

By explaining, showing that you’re understanding of the other person’s needs, no can be accepted and can be a powerful tool.

I understand that you have loads to do, but I’m sorry, I am not going to be able to help you get that done today.

I know you’d like to go for a meal this evening, but I really don’t feel up to it tonight.

If you would like to help, but can’t help at that moment, you could always try:

I understand that you have loads to do, but I’m sorry, I am not going to be able to help you get that done today. If you’re still needing help tomorrow, I’m free then.

If you’re going to take that route, you need to be mindful that you aren’t becoming personally responsible for the problems and issues of others.

But what if people don’t respect my “no?”

This is where reinforcement is an effective tool. You need to reiterate the same thing. Keep calm, even-voiced, and eventually they will hear you. You aren’t responsible for other people’s feelings, nor are you responsible for solving their problems and issues.

PoetsIN have a range of resources available for free. They’re easy to download and will help with all things mental wellbeing. It is as important to invest time in our mental health as well as our physical health. Visit: poetsin.com/resources to get your copies.

We’re working hard to put wellbeing at the top of the agenda, whatever the sector and setting. Get the latest insights, expert opinion and news affecting how we all manage mental health.

The three pillars of a mental wellbeing plan

Want to check in on your staff, players or students? Let us increase the happiness of your team by 10% within three months.